Hi,
Been digging out a few UFO’s …well one, and thought it high time it got finished. Some more lovely photo’s here of Margaret’s Dear Jane. Margaret’s work is so neat and not a stitch out of place. 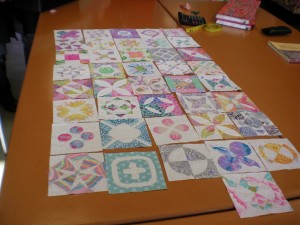 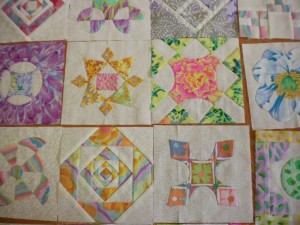 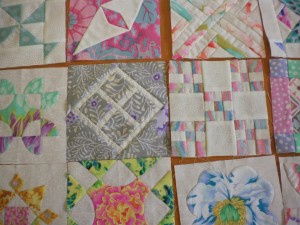 A couple of pictures of my table runner that I’m hoping to finish…and not put back in the cupboard ! I thought the Kaffe autumn fabrics look really good with Reproduction or French General fabrics. 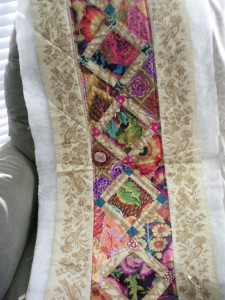 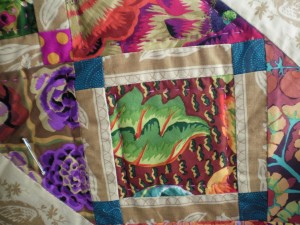 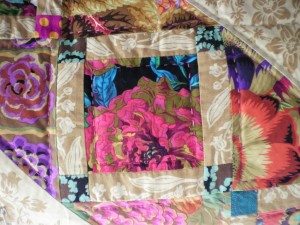 And nice big hand quilting in Perle 8 for a quick finish.
Until next time,
Linda 🙂

Hi there,
I have a few more photos of Margaret s Dear Jane blocks. It’s going to be gorgeous when it’s finished. Also a little draw string bag for a present. I think the fabric is called Sandcastle fabric. It’s already finely quilted. I bought it some years ago and have never seen it since. Also a baby quilt for my nephew who has just had a baby girl….or rather his wife Julie has! I made the baby quilt years ago as well and forgot about it so that saved me from having 8 new things on the go !! 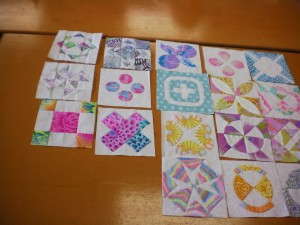 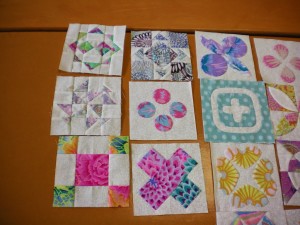 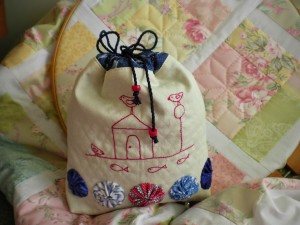 Until next time,
Linda 🙂

Hi,
I took a photo today of Margaret s blocks who is using lovely soft colours on different white backgrounds. The work is so neat. It’s going to look beautiful when it’s done. 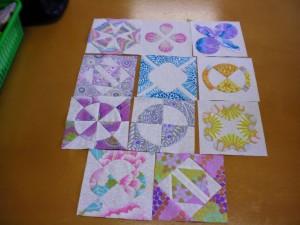 Until next time,
Linda

Hi, A few more Dear Jane blocks for tomorrow’s get together. Hardly any sewing this month just decorating so not much to show….except had a go at making a small quilt for a first wedding anniversary with letters which was fun to do. I’m always amazed at how quickly modern quilts come together and loving that! 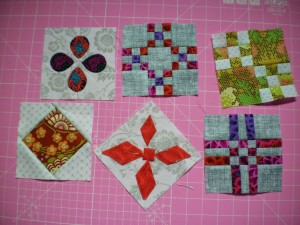 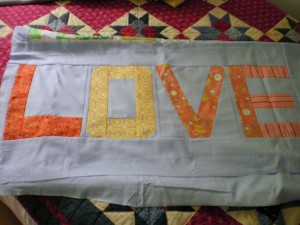 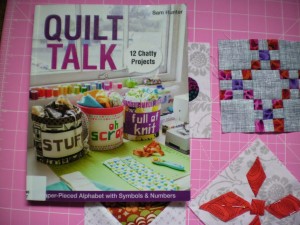 I found this lovely book in the library full of letters to make. I would like to have this one on my book shelf. It has a lot of interesting ideas.
Until next time,
Linda

Hi, Last time i blogged i managed to press the cancel button! Having a go at Dear Jane quilt along with another lady and we worked out if we did the 168 blocks for the centre at a rate of 3.5 a week it will take a year. Well i suppose that’s not too bad. We are doing all the easy ones first..They look at bit wonky in this photo as it’s a strange angle :)! 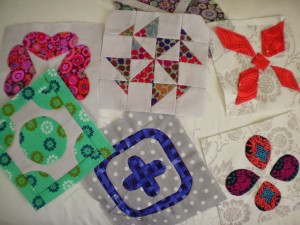 One hundred and sixty one to go. Until next time,
Linda

Hi, A happy New Year to anyone who reads my blog…and to everyone else on the planet.
Feeling quite excited about this year as a New Year Resolution has been made to finish what i started. And there’s a lot of “started” bit’s and pieces. I expect all quilters are saying the same!

These pictures are blocks from Dear Jane…but i am going through the book and picking all the blocks i can applique instead of piecing…..apart from one or two which i can’t resist. It’s going to be “Easy Jane” so I’m told! 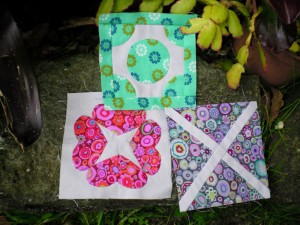 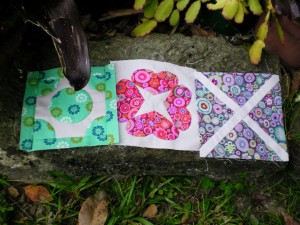 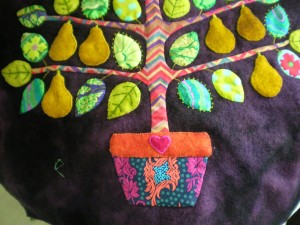 Also working with wool on a remake of an old project from 2010 but this time in brighter wool fabrics. Can put a picture up when it’s finished. Love to sew on wool as the stitches just sink right in and disappear!

Just been outside taking photos and looking at my messy garden…except for this Banana Passion fruit.It was grown from seed by my son Chris. Seven years it was a tiny twig in a pot but i couldn’t throw it out because Chris grew it.  I gave it a telling off and put it in a bigger pot and it grew………….. 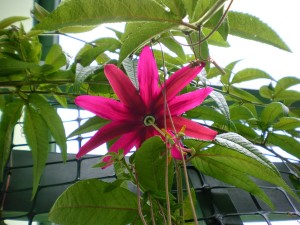 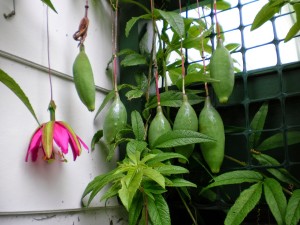 ..a bit more until finally it was put in the ground and eleven years later it’s got quite a lot of fruit. They taste lovely. I can’t understand why they are considered a pest in New Zealand. Maybe in the wild they get out of control but this baby has stayed fairly small…..and the flowers are beautiful. 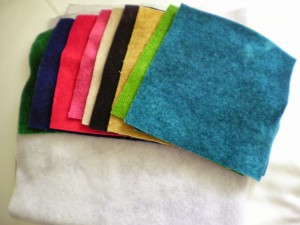 Have a great new year making and sewing new….and old projects,
Until next time,
Linda

Hi there, After a lot of thought ( about 5 minutes ) I decided to do a Dear Jane quilt or at least have a go! At a pace of one block a week. I’ve had a look at different ways of putting them together and it’s definitely an heirloom quilt…well for me anyhow. Block one is done ..phew only 168 to go..mmm. 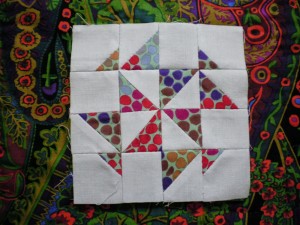 I thought I’d show you these sweet pencil cases/crochet hook holders from the book below. I really enjoyed making them as they only took a short while. 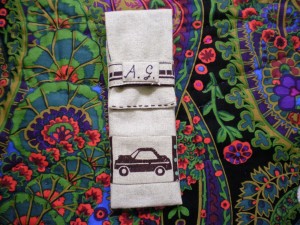 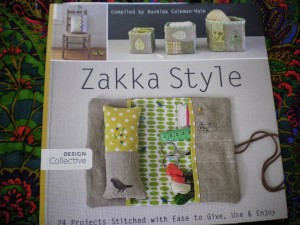 Until next time, Linda

My name is Linda and I have lived in Auckland, New-Zealand for the past seventeen years after leaving England. I love to sew, design patterns and collect lots of fabric!